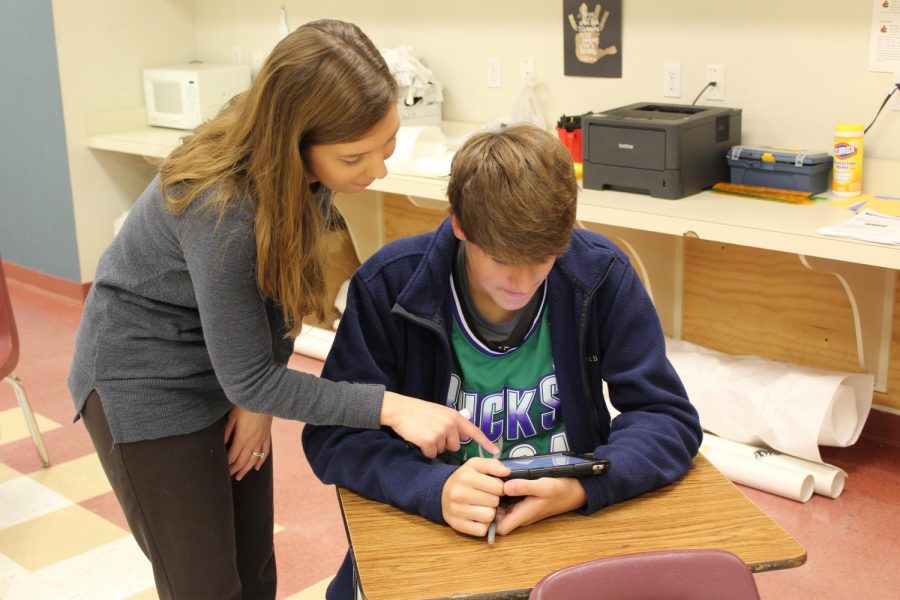 In an interview with The Growl, Lewellyn told interviewers what she enjoys about Northlake Christian School, as well as extracurricular activities she enjoys doing outside of teaching. She also gave some information about her life growing up and her love for math.

“My favorite part about Northlake, for me entering into it as new person last year, was the welcoming atmosphere that is here. I was welcomed right when I stepped foot on campus,” said Lewellyn. “Sometimes I don’t feel like I’m coming to a job because of the environment here.”

Lewellyn grew up in Lafayette, Louisiana and attended the same high school as her husband and fellow teacher, Eli Lewellyn. She participated in cheer, during high school, a sport she still loves. She later attended University of Louisiana-Lafayette (ULL). She loved ULL, earning a bachelor’s of science in secondary math education with a minor in business education. Living only 30 minutes from home was an added bonus.

Lewellyn gained her love for math from her high school junior and senior math teacher.

“[My teacher] had an influence on me and her passion for math, I saw that and the passion she displayed and that she liked it. That’s really what got me to start liking math, was her class,” said Lewellyn.

Teaching is not for everyone, but it appears it is just right for Lewellyn due to the patience she exhibits. Her favorite part about teaching math is not in the subject alone, but in seeing students understand complex concepts.

“My favorite part is probably when I see a the lightbulb go off for students,” said Lewellyn. “When it finally clicks, because math is a difficult subject and not everyone gets it the first time. Also seeing students who struggle finally get the material.”

Even though teaching is an exhausting job, Lewellyn finds a lot of time to do the things she enjoys.

“I actually enjoy cooking. It’s kind of funny, because before I got married, I never cooked because my mom just did it [when I lived at home] so why would I do it? I really got to experiment when I got married and found a passion for it. I like running, being outdoors and spending time with loved ones. I really like kayaking and canoeing as well.”

Lewellyn does not enjoy reading or watching movies. If she had to pick a favorite movie, however, it would be Inception with Leonardo DiCaprio.

In addition, Lewellyn can claim the name of a road, which was named after her.

“When I grew up, I lived on family land and my grandfather got to name two of the streets so he named one after me,” Lewellyn said.

Lewellyn, along with her husband, has been working at Northlake since August of 2016.