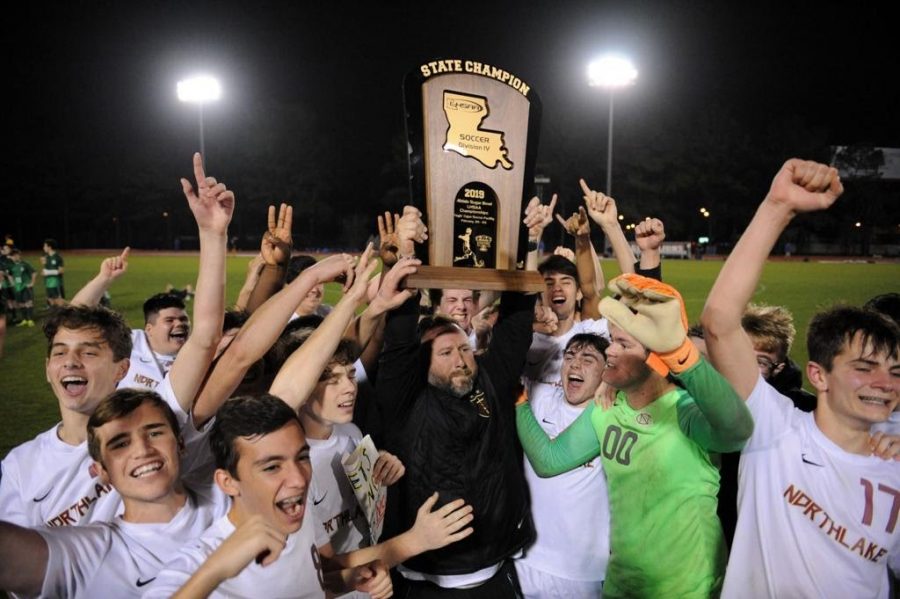 Soccer season is now in full swing as both the Men’s and Women’s soccer teams are now about a full month into their seasons. Nick Chetta, who serves as the head coach of both Northlake teams as well as the Upper School Athletic Director, took some time to discuss how each program is doing at this point in their respective seasons as well as looking ahead to the rest of the season and the future.

Talking about the girls team, Chetta said that, so far, they have exceeded expectations.

Chetta emphasized how the team has performed well so far, despite being a team that is very young.

“They are very young. They have a couple seniors who are very strong, great leaders, but the majority of the team is underclassmen,” explained Chetta.

He is proud of how many of the younger players have stepped up and have done what he describes as a tremendous job. The girls got all the way to the finals of the Copa Acadiana Tournament in Lafayette a few weekends ago for the first time ever, losing in PKs. They are currently ranked number two in the state in their division with a record of 5-1-1.

Chetta is eager to see how the young squad is able to compete in an upcoming games against 5A John Ehret this Friday the 19th and against Houma Christian on Saturday. Next week in a tournament, they will take on Mount Carmel Academy, a 5A powerhouse, Northshore High, last year’s 5A State Runner-Up, and 5A Slidell High. Chetta mainly wants the girls team to continue to grow and compete as the season is still young.

The boys team currently has a record of 4-3-1. According to Chetta, they have four 8th graders and a 7th grader playing on varsity right now. They are also dealing with some injuries, and some players are ineligible due to transfer rules. Despite all this, Chetta says that they are playing extremely well and that the future is very bright.

Chetta highlighted senior Dallas West, who is an attacking minded player who he asked to play center back, as someone who is really flourishing in a new role. Another player recognized for really surprising and doing an outstanding job is sophomore Andrew Beshenich, who has moved to goalie and excelled there. Sophomore Will Murphy has scored 14 goals already through 8 games which Chetta characterized as outstanding. The boys’ next game will be January 2nd against Archbishop Rummel.

On December 12th, Chetta reached 400 career wins in a victory with the girls team in an 8-0 win over Pearl River. Chetta discussed his story of how he came to Northlake and why he did. Back when he was first offered the job by former Head of School Monty Fontenot, Chetta was coaching as an assistant at St. Thomas More High School in Lafayette, Louisiana. They had just lost in the state championship.

“At that point, St. Thomas More offered me the head job for either team I wanted to keep me there, but, for family reasons, I was moving back. I chose to come to Northlake without knowing what Northlake was about,” he elaborated.

After two years at Northlake, St. Paul’s, Mandeville, Fontainebleau, and Lakeshore all offered him jobs to lead their soccer programs.

“Every time I win at Northlake, it means a lot to me. Yes I’ve been blessed to go to state championships and to win state championships, but everything I think about is all those days that people said I couldn’t win (at Northlake), so hitting 400, in my mind, was a really unique feeling, and it was neat that I got to share it with former players that came back for it. But the truth is, I’m on 401 now and looking to get to 500. I always come out to coach trying to make Northlake proud. It’s not me or about me, it’s for the school and for the program. I’m just blessed to be here.”

Be sure to come out and support the Northlake soccer teams at their games this season.