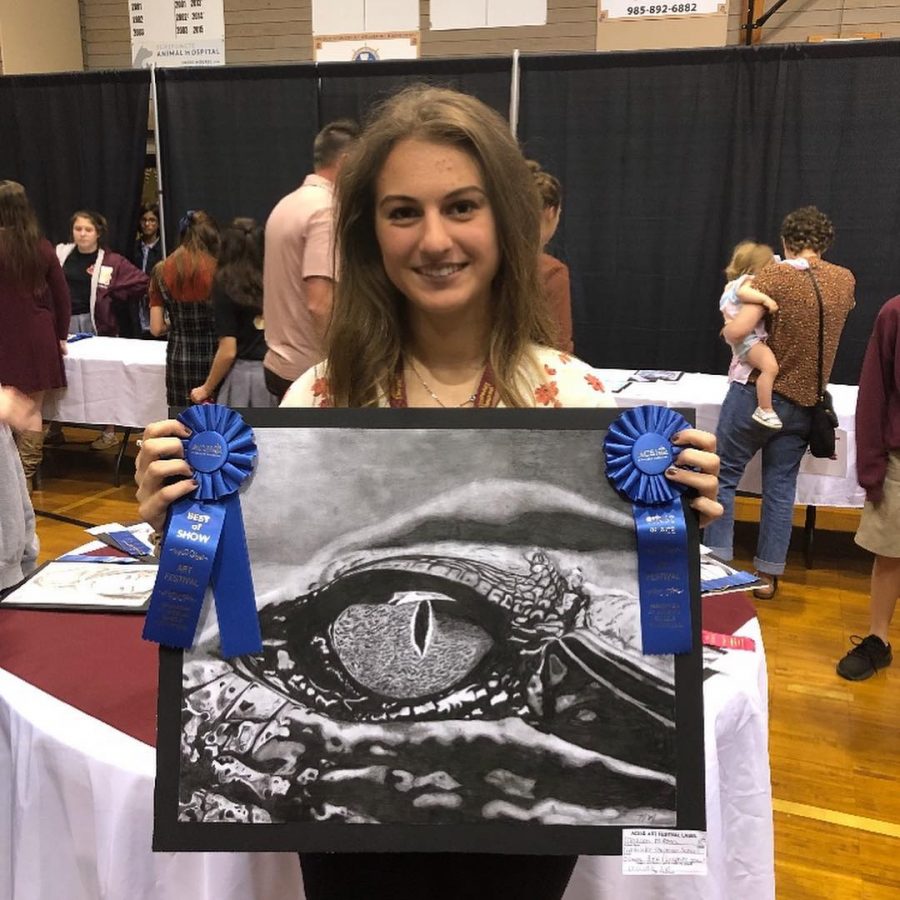 Junior Maddie McKean won Best of Show in the high school division with her piece Crocodile Eye in the category of black and white drawing. She also was recently recognized for winning first Place in the VFW Young American Creative Patriotic Art Contest.

On Friday, Apr. 5 Northlake Christian School and art teacher Mrs. Maria Gatto hosted their annual ACSI Art Festival. The festival is a platform for young artist, in grades third to twelfth, to showcase their talent and capability.

According to Gatto, however, the festival means so much more than just a competition.

“The art festival is not just a competition,” said Gatto. “To me, it is a showcase and celebration of the amazing and God-given talent from students, not just from Northlake, but from the participating schools as well. This  festival emphasizes just how important art is in schools and also in the lives of young children and teenagers.”

Art pieces entered are chosen by Gatto and are judged by twelve different judges every year. The festival has four divisions: third and fourth grade, fifth and sixth grade, seventh and eighth grade, and high school; each division is given three different judges. Judging is based off of four areas of criteria: design and composition, technique/skill of construction, presentation, and creativity and originality.

“I personally chose artwork from Northlake students that I knew used a wide range of the criteria. I also thought about who worked extremely hard on their pieces and took the time and effort to make their artwork exceptional,” explains Gatto.

Every year the art changes and develops more and more. All of the artist work so hard and put forth an immense amount of effort.

“In the past three years since Northlake has been hosting this event, the artwork has always been so beautiful and inspiring. I think this year’s event was stepped to a new level. Not only was the artwork incredible, but the decorations were great, the performances were spot on and the guest speaker was inspiring,” says Gatto.

In the end, Junior Madison McKean won the highest award for the festival, Best of Show, in the high school division with her piece Crocodile Eye in the category of black and white drawing. She will be entered and advance to the regional art festival.